How Will My Video Look When Published?

Videos look different depending on which network they are published on. Find out how your video will look on across all social platforms!📹

Anything within that aspect ratio range, and under 140 seconds, will appear on the Twitter feed as a native video (with autoplay/sizing as per Twitter’s defaults).

When your video is posted natively, it will start playing inline when users scroll to it in their feeds as shown here: 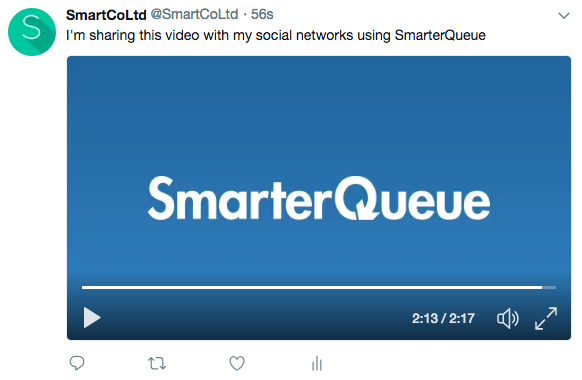 If you upload a video that doesn’t meet the above requirements (usually if it’s longer than 140 seconds), we will post the video as a Twitter Player Card, where users can click to watch the video in SmarterQueue’s video player:

Facebook’s documentation states they support videos with the maximum aspect ratio ranges of 9:16 (tall) to 16:9 (wide), but we’ve found that in practice, they will accept aspect ratios between 1:4 and 4:1.

Videos can be up to 40 minutes long. If you post a video within these size/length limits, it will appear as a native/inline video in Facebook, with Facebook’s default autoplay settings as shown here: 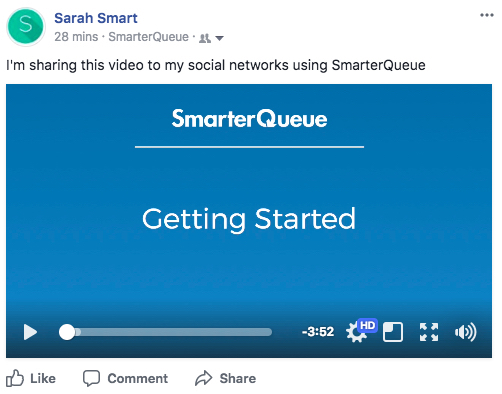 If the video doesn’t fit within these limits, we’ll post a link preview of the video, using the thumbnail and video title that you set. The link will let your audience view the video in a new tab, on the SmarterQueue video player page.

Videos posted to company pages will be played inline as a native video, as shown in the post below. 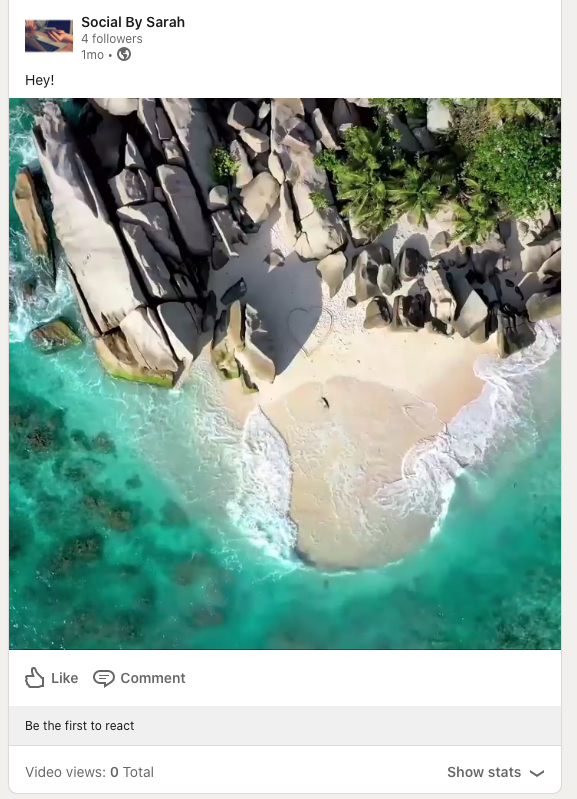 LinkedIn's API used to limit direct-publishing videos to company pages only. Due to this, SmarterQueue allows you to  create video posts for personal profiles, though it will post the video as a link preview.

When your audience clicks on the preview, it will open the video in a new tab, and they can watch the video on our video player page. 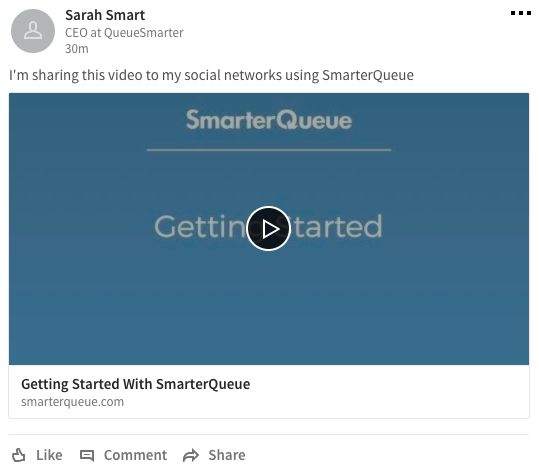 The video will open in a new tab inside the SmarterQueue video player as shown below: 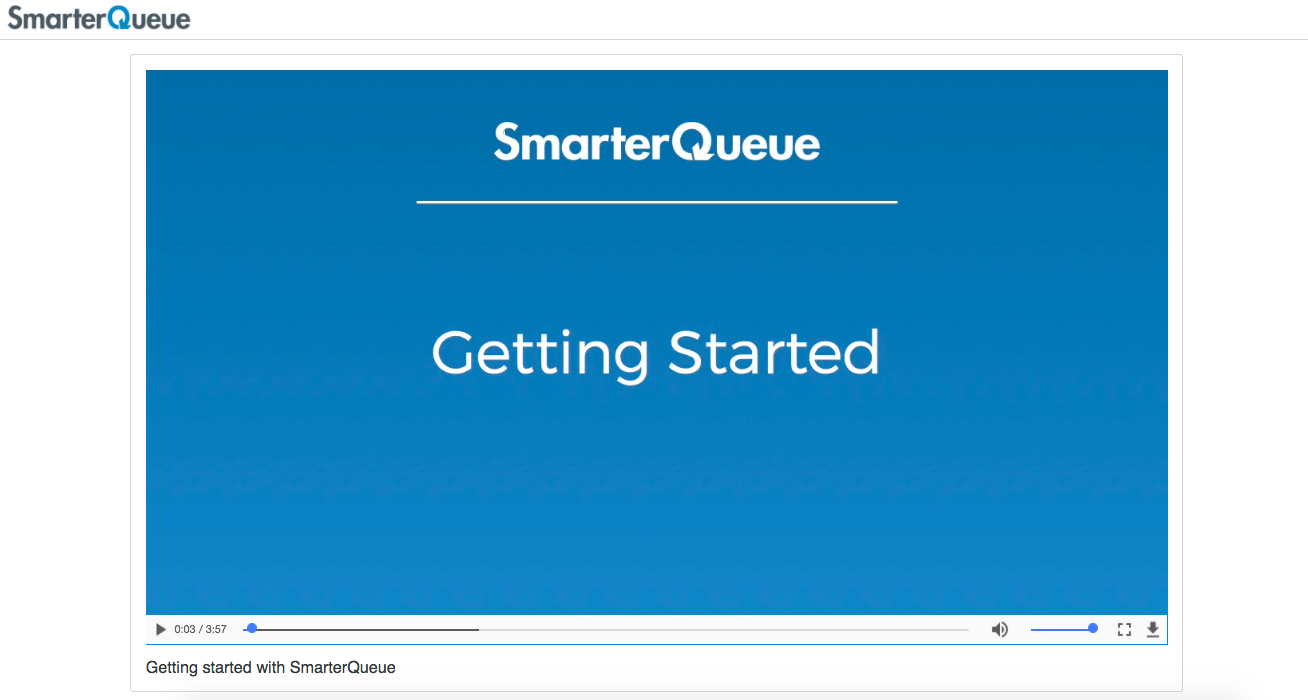 As LinkedIn is now allowing native profile videos, we've updated our roadmap to implement this in the future. In the meantime, if this is a must-have feature for you, please let us know via hello@smarterqueue.com 😊

You can read more about the publishing workflows for Instagram videos via SmarterQueue here.

You can find more details about the video resolution and Instructions for Instagram here.

Pinterest recently added support for video uploads natively through their API! Due to this, we've also updated our roadmap and will be working on native video posting soon to align with Pinterest's API permissions.

Until then, you won't be able to schedule videos to post natively on Pinterest using SmarterQueue. Instead, we'll post a video thumbnail as an image, along with a link to your video hosted by us, as shown below:

When your audience clicks on the preview/link, it will open the video in a new tab, and they'll be able to watch the video on the SmarterQueue video player page.

Note: You can share a video and a 3rd-party link, such as an article, in the same Pinterest post! The post will include the video thumbnail as an image with the hyperlink, as shown in the image above, and the 3rd-party link will be included as an unactionable link in the post text. 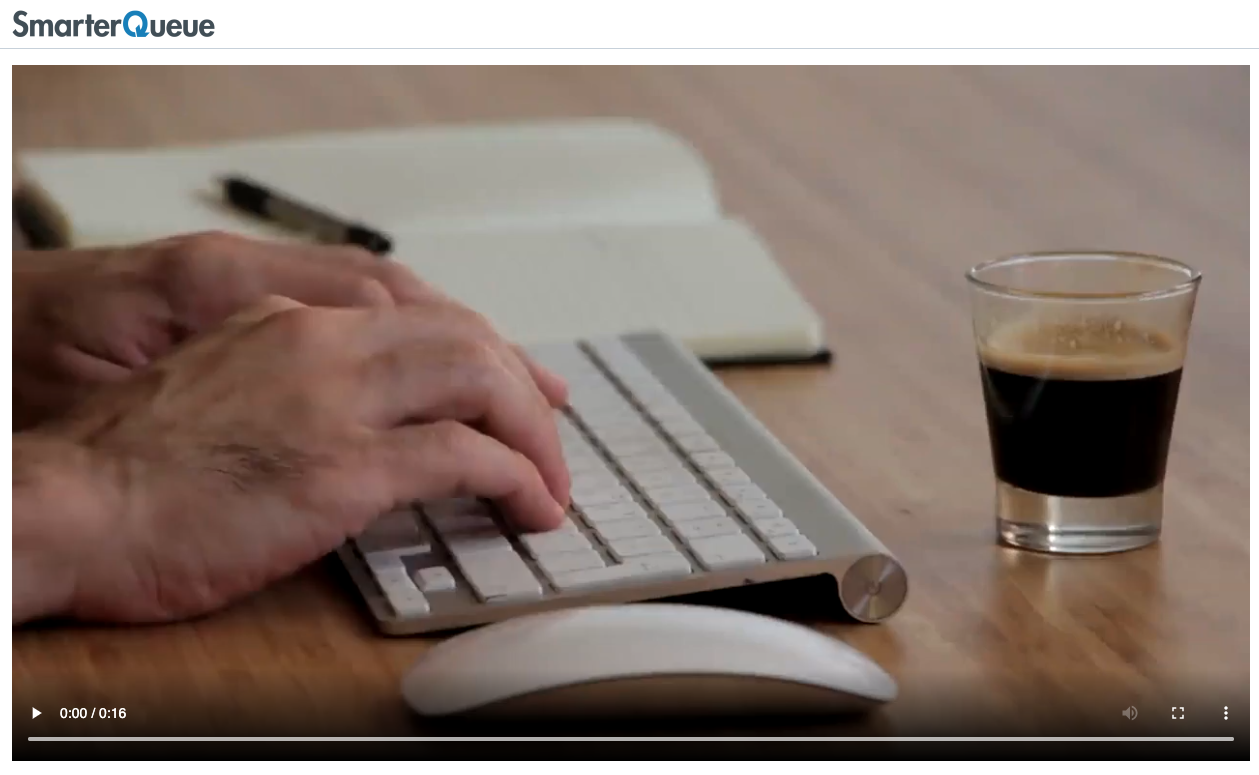