How Many & Which Hashtags Should I Use?

Finding the sweet spot for engagement on social platforms can be tricky. Finding and using relevant hashtags is no exception. SmarterQueue takes the guesswork out of this for you!

How To Use 'Analyze Social Profiles' To Check Your Hashtags

Using SmarterQueue's built-in analysis feature, you'll find powerful tools to see hashtags and engagement on your own posts, as well as posts by competitors.

To see how your hashtags are performing, follow these steps: 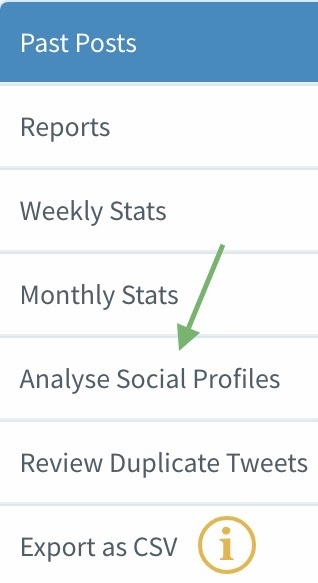 From here you will be able to:

After following those steps you will see a breakdown of the performance for the selected date range! 🤓

The main stats you will see are:

Understanding these and comparing them to how your competitors and influencers are doing will help you put together a plan for your engagement strategy.

The first important piece of information that is available on hashtag use is within the 'Overview' section.

The 'Overview' provides a 'big picture' image of how the selected Social Profile is performing.
We can see that 68% of our posts contained hashtags and that, on average, we've used around 1.6 hashtags per post, received about 102.4 likes/post and were retweeted around 23.1 times/post.

Scrolling down to ' Engagement vs Number of Hashtags' we start getting some insight into what the optimum number of hashtags could be.

We can see here that we've used somewhere between 0 and 7 hashtags for our posts and that the majority of them have used between 0 and 2.

It's very important to keep in mind here that post content, posting times, the specific audience we're addressing with each post and many other factors also influence engagement.

The next available insights on hashtag usage is the ' Most-Used Hashtags' section.

These are all the hashtags that we've used, shown in the order of how frequently they have been used - we can see here that our most used hashtag (#marietv) was added to 283 tweets.

In addition to this, the information is color-coded - it uses the principle of a heatmap, meaning that the redder a hashtag is, the hotter it is when it comes to the engagement it has driven, while a greener color will mean lower engagement.

While some hashtags were used more than others, those were not necessarily the ones that garnered the most engagement.

Scrolling further down, we can see the hashtags rearranged based on the number of likes and retweets. 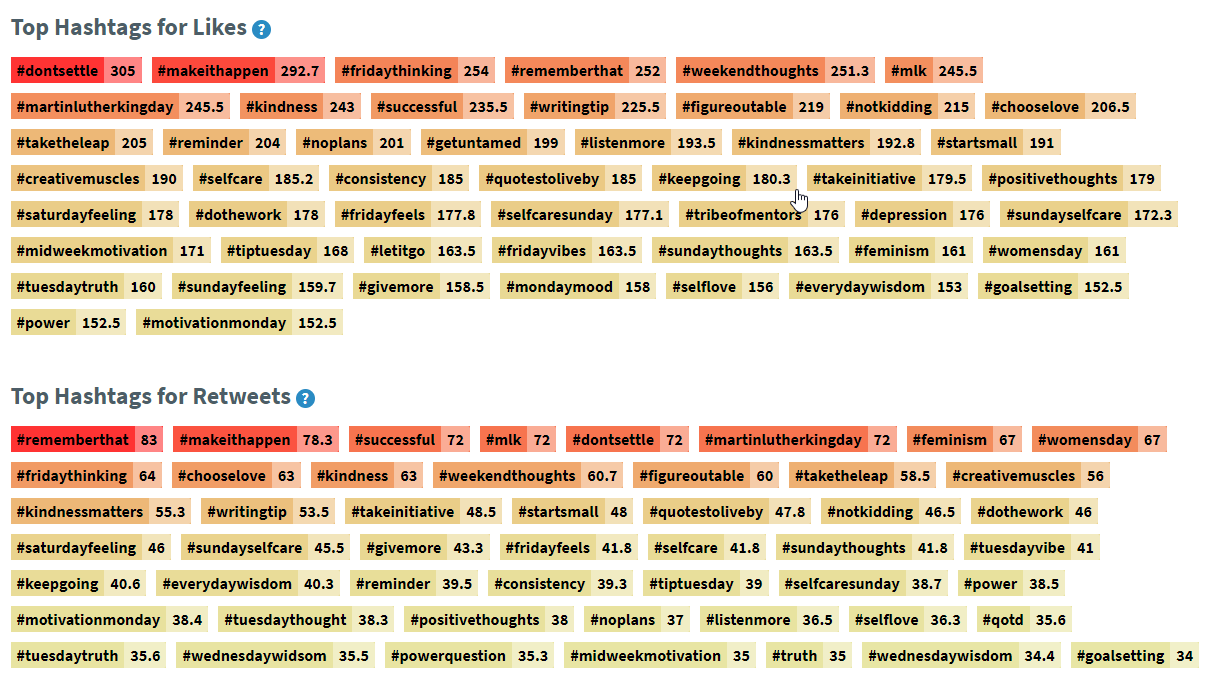 These are the hashtags that we've used that are getting the highest amount of engagement. This means that #dontsettle was added to posts that, in total, got the highest number of likes (305), while #rememberthat had the best results with retweets (83 in total for posts with the hashtag).

Hovering your mouse over the hashtag will also show you how many posts it was used for.

We can see that our best performing hashtag for likes, #dontsettle, was only used for one post. Checking out the post and trying to understand how much engagement could have come from the hashtag compared to other factors (image, the date/time the post went out, content specifics, etc.) would be very important here.

To quickly find these posts, simply click on the hashtag. All the matching posts will open in a new window.

Last but not least, look at the competition and see what they are doing! You'll get unique insight using SmarterQueue's 'Analyse Social Profiles' tools to help you make smarter choices on future posts. ✨